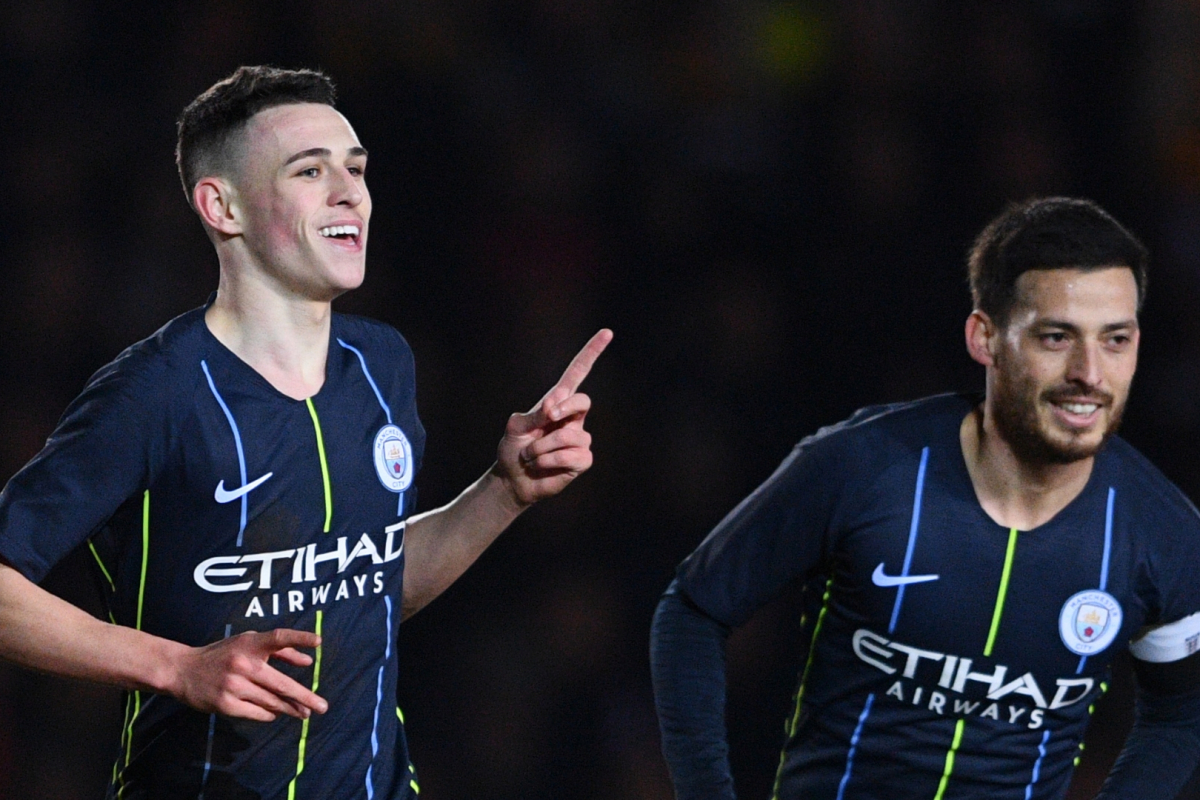 Video Assistant Referee. Messi and Ronaldo. Who will win the title race? Three debates that are unavoidable on a daily basis that, if you’re like me, will make your ears (or eyes, in the age of social media) metaphorically bleed. Three torturously annoying debates that have no real answer, but are still discussed on the daily. Another argument that seemingly pops up in conversation nearly as frequent as Brexit does is whether or not young Englishmen making the move to the German Bundesliga – or other foreign top leagues for that matter – is better than sitting on the bench back here.

The best example of this is Jadon Sancho, who was the trend of conversation around the country this week due to his return to Wembley in a Borussia Dortmund shirt. The teenager made the audacious and trendsetting move to Germany in the summer 2017 after failing to see a route to the Manchester City first team and ever since, he has been the example for many pub arguments, as midweek debaters look to backup their point that every English youngster should follow suit.

Yes, he is doing brilliant at Dortmund, who are leading the way in Germany, and Phil Foden may not be pulling up trees for Manchester City, but he is doing it his way, and that is fine too. Like VAR, there is no definite answer over what path is best: stop comparing the two. One size does not fit all, and while Sancho is clearly ahead of Foden (and the likes of Hudson-Odoi etc.) at the moment, it does not mean that all youngsters should quit the club they have grown up with, in search of regular football. 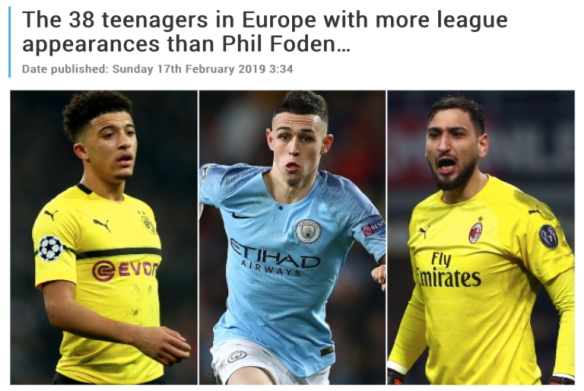 If the rows over VAR and the like weren’t enough of an eyesore for you, the pathetic, shameless clickbait journalism of many clickbait organisations this morning is enough to ruin a weekend.

While it was only Newport County, Phil Foden stood out in a midfield populated with a World Cup winner David Silva, and created more than the likes of Leroy Sané and Riyad Mahrez. Therefore, the ‘it is only Newport’ counter-argument for this will not suffice. Foden possesses a turn of space to leave any defender in their wake, and the ball stuck to him with elasticity on a pitch unfit for a Sunday League game.

This was not the first time Foden has stood out in the FA Cup this season, with the youngster excelling against Rotherham in January.

While Rabbi Matondo became the latest to leave City for Germany in the transfer window just gone, Phil Foden is patient in waiting for his chances, but they are coming. Admittedly, his chances are coming less frequently than others, but the experience of being coached by Pep Guardiola must count for something here.

Jadon Sancho, on the other hand, is thriving at German league leaders Dortmund, with manager Lucien Favre happy to build a team around Sancho as one of the focal points of the attack. Would he walk straight back into Manchester City’s team? No. Sterling and Sané are still ahead of Sancho at this current moment, just like De Bruyne and Silva (either of them) are ahead of Foden.

He may find earlier success than Foden does, but does that mean Sancho will have the better career overall? There is no definite answer to this, so stop comparing them.

The Bundesliga route is audacious, and I admire it all the same, but it doesn’t mean that staying at England means that the player will not ‘make it’. If Foden doesn’t play a single minute for four years, he will still be younger than the likes of many of City’s first-choice eleven including Sterling, Bernardo Silva, etc. If he doesn’t play a minute for four years, obviously then he will move, but in the hypothetical situation, getting regular game time in this star-studded City side will do for 18 months more yet.

By the time Foden is 21, David Silva will have retired or at least moved on from City, while Ilkay Gundogan will likely be of an age where he may leave. Therefore, the path to the first team is clear. He may not be a guaranteed starter, but with City competing on four fronts, that is irrelevant.

Just like the Messi and Ronaldo debate, stop comparing the two and just realise that we are witnessing two era-defining talents. Even though you may have your clear favourite, if you cannot appreciate the greatness of both of them, this sport is not for you. The same argument stands for Foden and Sancho: yes, Sancho may be better, and he may have made the right choice in joining Dortmund, but that does not mean Foden will not ‘make it’ at City. These are two of England’s best youngsters for well over a decade, so we should stop comparing them and get behind them both, as England look to end their half-century of hurt.

In a decade, England may finally win the World Cup again, with a squad full of Bundesliga-bred talent. If that is the case, fair enough. For now though, stop comparing the two different routes to first team action. Just watch Phil Foden for one game, you will see he is more than ready to step up into Manchester City’s team and excel for years to come.