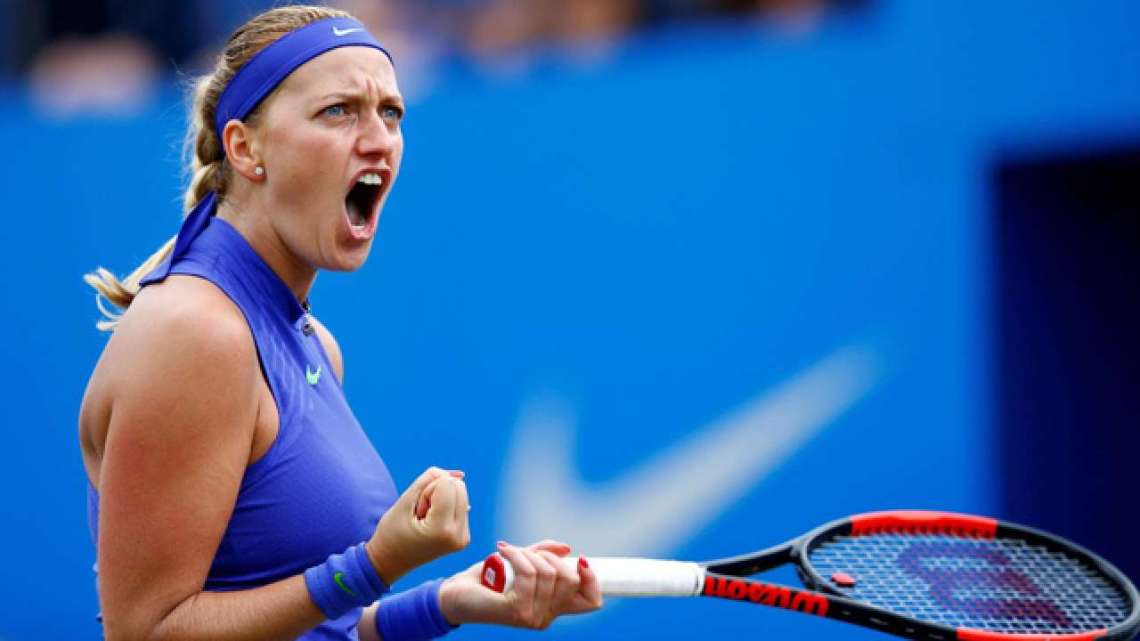 “The injury is severe and I will need to see specialists, but if you know anything about me I am strong and I will fight this”.

Petra Kvitova had a strong mentality and character, that was known for years, demonstrated by her ability to overcome the odds and fight against players with tenfold more experience than her, but even the most optimistic tennis fan would have thought Kvitova’s injury was the end.

In December 2016, the two-time Wimbledon champion was hospitalised and in surgery for several hours after being attacked by a knife-wielding intruder into her home in Prostejov, Czech Republic.

Graphic images surfaced this week showing the extent of said injury. In short, Kvitova should not have returned. At the time of the injury her first thought was to ask whether she’d compete in Wimbledon ever again. The chances were extremely slim, she was given a 10% chance of ever playing professional tennis again.

After four hours of surgery to repair the tendons, two nerves and injuries sustained to all five fingers in her left hand, she started her recovery, with optimism aplenty.

Consider the grip of Kvitova: the most unseen element of her ever growing skill set – her game flows from control and precision. It would be similar to slicing the hand of a master craftsman in an industrial factory that makes everything by hand.

The problem is in real life, there is no machinery alternative. There was no shortcut to recovery or success for Kvitova, she just had to power through and like the slogan of her sponsor suggests: Just Do It.

If it wasn’t for the innate strength she developed on the court prior to the injury, she may have not even survived, for it were the power of self-defence that saw Kvitova fight back, and lacerate her hand, rather than any other part of the body getting damaged.

Just like when she first burst upon the scene as a youngster, Kvitova seemed to pop up out of nowhere again.

She emerged from nowhere in 2010 when she became the 2010 WTA Newcomer of the Year, before winning the 2011 Wimbledon Championships upsetting Maria Sharapova, while her Czech-born idol and icon, Martina Navratilova, watched on in applause in the stands.

Similar to Monica Seles, who showed fighting spirit to comeback from an on-court stabbing with a nine inch knife in 1993, Kvitova emerged again for a ‘second career’.

For Seles, sadly her pre-injury form was never reproduced, despite the fact she did win the Australian Open on her comeback to the court.

Kvitova looked to follow in the same footpath upon returning, with her 2017 being poor, seeing her drop to 29th in the world rankings.

Yet her form was not dead and buried, with Kvitova making a true comeback in 2018, becoming the best player outside of the Slams, climbing to 7th in the world.

Who knows what 2019 may hold for Kvitova, with it starting on a high. She may have been overwhelmed by the amazing Naomi Osaka in the Australian Open final, but thank God she has returned to the top.

She has etched her name in the history of tennis, with a truly remarkable and inspiring story, the sort that makes many fall in love with sport.

From the first question upon injury being ‘Will I play Wimbledon again?’ to surely entering Wimbledon as one of the favourites, Petra Kvitova’s story is beautiful, and from nearly closing the book on her career prematurely, she certainly has a few chapters to offer yet. 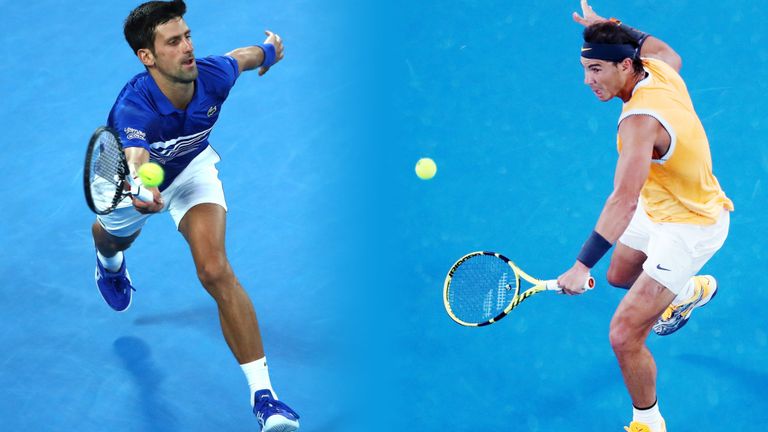 A few decades in the distant future, BBC will be broadcasting the Wimbledon finals but due to an injury leading to retirement, they have half an hour of air time to fill. These are the moments us at home love – nothing is happening, but we cannot turn off the television, we want to see how the pundits can fill their time. Usually, the punditry team turn to some sort of debate or highlights reel of a past tournament. That debate may be: Roger Federer, Rafael Nadal or Novak Djokovic – who was the greatest?

A youthful child, enjoying his first experiences of watching tennis, will turn to his parents and ask who this trio were. At this moment, the eyes light up and the parent will begin to explain the joyful talents of each of the trio. A bit similar to now when you may ask about a Diego Maradona or Pelé of yesteryear.

Like debates in other sports, this one was ruled down to two with Nadal and Federer seemingly fight it out for the tagline ‘GOAT’ – greatest of all time.

Despite this, Novak Djokovic’s most recent triumph has reopened the argument to a three-way triple threat contest.

The Serbian’s 15th Grand Slam triumph in Australia saw him move to within two major titles of Nadal. Djokovic ruthlessly dispatched of the Spaniard 6-3 6-2 6-2 on Sunday morning.

He now heads to Roland Garros targeting a fourth straight Grand Slam title, which would give Djokovic a second Non-Calendar Year Grand Slam, having last held all titles in 2015/2016.

There is no doubt that right now, Djokovic is the best player in the world, and he is showing no signs of slowing down any time soon. He hinted on Sunday night that thoughts of retirement can be put on hold for a few years yet.

What should have been the match of the tournament, or even of the year – despite young – failed to live up to expectations. It looked like the battle of two mighty heavyweights, both fit and fresh in form, but turned into the equivalent of a fight between a heavyweight and an injured featherweight.

Their contests have spread over a 13-year-period, but this match at the Rod Laver Arena was the most dominant and one-sided of them all.

Just one year ago, Djokovic’s career was in doubt, with elbow surgery leading to problems on and off the court.

Exactly 50 years ago, Rod Laver became the first and only man in the Open Era to sweep all four Opens, and now Djokovic, has his eyes on that feat, although it is a huge ask.

Whatever happens this year, the debate over who is better will remain. My take is similar to a popular spin on Messi-Ronaldo: stop debating who is better, just sit back and enjoy all three while we still can. This is a golden era of tennis. 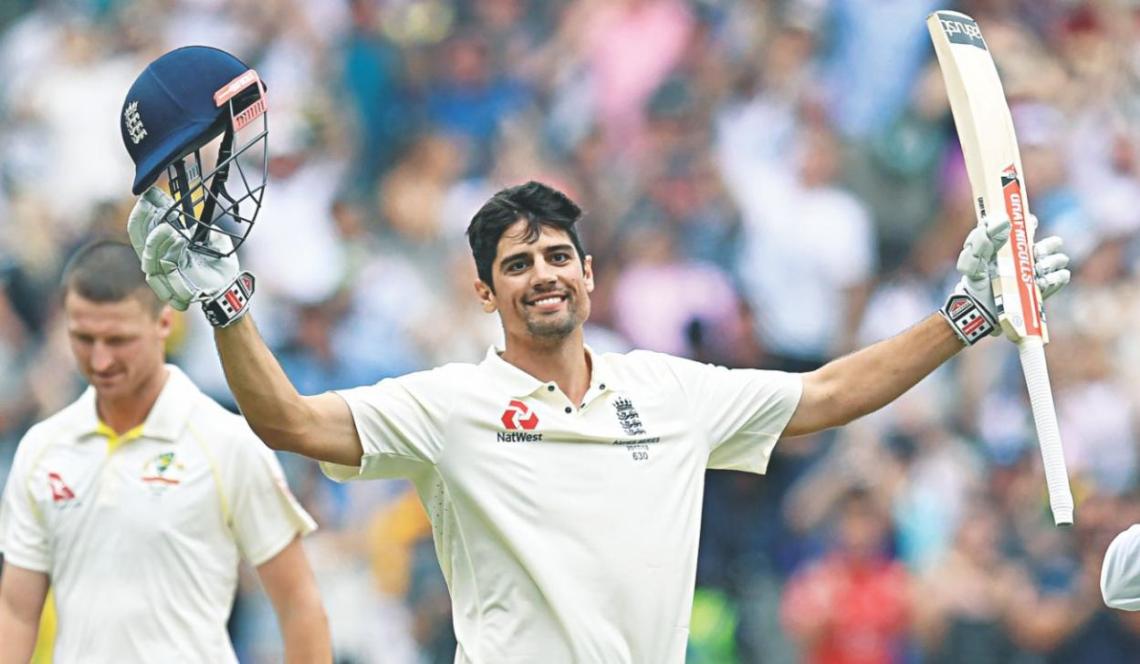 The first ball Alastair Cook ever faced in Test cricket was short and wide, as were the second and third. Aged just 21, Cook refused to play any of these balls. Just minutes into his Test career, Cook sent a message out to the watching world, emphasising his shrewd and sound judgement and that he was stubborn. Cook set the benchmark, he would stubbornly refuse to be baited in to playing risky shots, highlighting his sensible head and simplicity, which was the mantra he followed for the rest of his Test career which span twelve years.

Being flown in just days before to replace the injured Michael Vaughan, Cook was thrown straight in at the deep end, so to speak. The young boy from Gloucester hit 60 in his very first innings, the second highest in the innings behind Paul Collingwood.

12,254 runs later from that surprising selection, Cook heads into his final Test match at the age of 33, as a legend of not just English cricket, but the sport in general.

Cook will retire after the final Test with India at the Oval this weekend as a record setter in English Test cricket for the most: caps, runs, hundreds, catches, wins.

Cook, nicknamed ‘Chef’ or ‘Cookie’ retires slightly earlier in his career than some may have thought, but the time is right. Like Cook showed at the wicket throughout his career, he knows the right time to leave.

The last few years of his illustrious career have been disappointing, with his innings averages being around the 30 mark for the past few years.

A decline may be evident from the outset, but only because the summit was so high. The views from the top are unforgettable for any cricket fan.

When at his peak, Cookie inspired young cricketers around the country, whilst doing the opposite and breaking hearts of a nation down under, as he racked up some relentless scores in the 2010/11 Ashes series in Australia.

To sum it up, Cook ruined Christmas for the Aussies.

If you were there, you were lucky to witness some of the best batting English cricket has seen in recent history. If you were watching on TV back home, you also felt humbled.

Back in England, fans would go to sleep with Cook batting and wake up before the sun to find that Cook is… still batting. ‘They must be showing highlights?!’ was the first thought of many round the country. But no, Alastair Cook was still batting.

That series will go down in history as the twilight of Cook’s career, as he made some unthinkable scores – scores that are unprecedented for English batsmen in Australia.

67 in the first innings at Brisbane was followed by a whopping 235 in the second. He scored 148 in Adelaide and an impressive 82 at the MCG, topping it all off with 189 in Sydney.

Those scores would’ve been higher if it was possible, but his 766 runs laid the ground for Australian defeats, meaning Cook just didn’t have chance to come back on.

That tour is unforgettable for many and a nightmare for Aussies, who will be haunted by Alastair Cook when he was at his peak. Grounds emptied and when Cook et al left the field, they often waved around the ground, but apart from the delirious Barmy Army, were gesturing at empty seats.

Cook was never the prettiest, but the beauty and grace was found in his simplicity.

One summer, he tried to address this and try and add new dynamics to his game, but failed. This, in fact, was the slump of his career. He struggled against Pakistan and Bangladesh and was often out for low scores.

But, this slump changed Cook’s mentality: he realised that his game wasn’t perfect, but admitting this meant he could master his limitations. He returned to his simplistic manner at the Oval that summer and hit 110. Cookie was back.

Some predicted that after he stepped down and handed the captaincy to Joe Root, Cook may excel with less pressure, but it hasn’t been the case.

On Friday, Chef enters his 161st and final Test cricket match at the Oval and is expected to receive a special presentation.

After all, he deserves it. When at his peak, Cook was one of the best we will ever see, and we may not see one like him again.

Cook will continue to play for Essex, but can now watch Test cricket with his feet up.